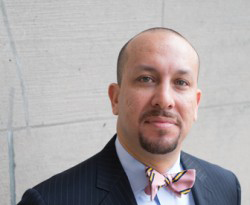 Sorett writes stirringly about the rich, prophetic tradition of black churches, something that figures significantly in the activism of the Black Lives Matter movement.

Even though Christian communities in general are frequently tainted by a history of gender exclusion and anti-LGBTQ rhetoric, various black clergy have provided valuable leadership within the current BLM movement that features many black women and queer-identified individuals at its forefront.

While black churches display all the “fundamental constraints and possibilities that define the human condition,” Sorett describes their prophetic quality as a “mode of cultural critique and social engagement and, more significantly, a means for imagining and energizing new possible futures.”