NY TIMES OP-ED: “The Trouble with Too Much T” 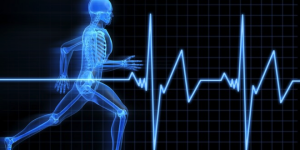 In 2009, the South African middle-distance runner Caster Semenya was barred from competition and obliged to undergo intrusive and humiliating “sex testing” after fellow athletes at the Berlin World Championships questioned her sex. Ms. Semenya was eventually allowed to compete again, but the incident opened the world’s eyes to the process of sex testing and the distress it could bring to an athlete who had lived her whole life as a girl. When an endocrinologist, a gynecologist and a psychologist were brought in to determine whether the teenager was really a woman, she simply asserted, “I know who I am.”

From 2011, major sports governing bodies, including the International Olympic Committee, the Fédération Internationale de Football Association and the International Association of Athletics Federations, instituted new eligibility rules that were intended to quell the outrage over the handling of the Semenya case. Instead, as recent cases attest, they may have made things worse.

Rather than trying to decide whether an athlete is “really” female, as decades of mandatory sex tests did, the current policy targets women whose bodies produce more testosterone than is typical. If a female athlete’s T level is deemed too high, a medical team selected by the sport’s governing bodies develops a “therapeutic proposal.” This involves either surgery or drugs to lower the hormone level. If doctors can lower the athlete’s testosterone to what the governing bodies consider an appropriate level, she may return to competition. If she refuses to cooperate with the investigation or the medical procedures, she is placed under a permanent ban from elite women’s sports.

The first evidence of this new policy in action was published last year in The Journal of Clinical Endocrinology and Metabolism. Four female athletes, ages 18 to 21, all from developing countries, were investigated for high testosterone. Three were identified as having atypically high testosterone after undergoing universal doping tests. (They were not suspected of doping: Tests clearly distinguish between doping and naturally occurring testosterone.)

Sports officials (the report does not identify their governing-body affiliation) sent the young women to a medical center in France, where they were put through examinations that included blood tests, genital inspections, magnetic resonance imaging, X-rays and psychosexual history — many of the same invasive procedures Ms. Semenya endured. Since the athletes were all born as girls but also had internal testes that produce unusually high levels of testosterone for a woman, doctors proposed removing the women’s gonads and partially removing their clitorises. All four agreed to undergo both procedures; a year later, they were allowed to return to competition.

The doctors who performed the surgeries and wrote the report acknowledged that there was no medical reason for the procedures. Quite simply, these young female athletes were required to have drastic, unnecessary and irreversible medical interventions if they wished to continue in their sports.

Many conditions can lead to naturally high testosterone, including polycystic ovarian syndrome or an ovarian tumor during pregnancy, but women with intersex traits tend to have the highest T levels. And it is these intersex traits that sports authorities want “corrected.”

Sports authorities argue that screening for high T levels is needed to keep women’s athletics fair, reasoning that testosterone improves performance. Elite male athletes generally outperform women, and this difference has been attributed to men’s higher testosterone levels. Ergo, women with naturally high testosterone are thought to have an unfair advantage over other women.

But these assumptions do not match the science. A new study in Clinical Endocrinology fits with other emerging research on the relationship between natural testosterone and performance, especially in elite athletes, which shows that T levels can’t predict who will run faster, lift more weight or fight harder to win. The study, of a sample of 693 elite athletes, revealed a significant overlap in testosterone levels among men and women: 16.5 percent of the elite male athletes had testosterone in the so-called female range; nearly 14 percent of the women were above the “female” range.

This finding undermines the idea that sex-linked performance differences are mainly because of testosterone. The authors suggest that lean body mass, rather than hormone levels, may better explain the performance gap. They also conclude that their research makes the I.O.C.’s testosterone-guided eligibility policy for women “untenable.”

Some might argue that the procedures used to lower T levels are simply part of the price athletes must pay to compete at the elite level. But these choices aren’t temporary hardships like training far from home or following a rigorous diet. The required drug and surgical treatments are irreversible and medically unjustifiable. Clitoral surgery impairs sexual function and sensation; gonadectomy causes sterility; and hormone-suppressive drugs have side effects with potentially lifelong health risks.

Moreover, the policy places a disproportionate burden on poor women who may have limited career opportunities and are likely to face enormous pressure to submit to these interventions in order to continue their athletic careers. Under the current policies, more and more female athletes with naturally high T levels will be confronted with these harsh choices — and not just at the elite level. The I.O.C. requires that each country’s Olympic committee investigate cases of female athletes with high T levels before naming them to national teams. Some countries, like India, now apply such policies to all female athletes, not just those competing internationally.

Barring female athletes with high testosterone levels from competition is a solution to a problem that doesn’t exist. Worse, it is pushing young women into a choice they shouldn’t have to make: either to accept medically unnecessary interventions with harmful side effects or to give up their future in sports.

Katrina Karkazis is a senior research scholar at the Center for Biomedical Ethics at Stanford University.  Rebecca Jordan-Young is project director of the Science and Social Difference working group and Associate Professor of Women’s, Gender and Sexuality Studies at Barnard College.  This op-ed first appeared in the NY Times on April 10, 2014.