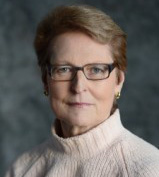 Less than 25% of Columbia University’s total faculty members are minorities and only 18% of its tenured faculty fit that demographic. The percentage of tenure track faculty that are women is a meager 26%.

In a recent article in the Columbia Spectator called “Leaks in the Pipeline,” Jean Howard, CSSD director and George Delacorte Professor in the Humanities, spoke about her efforts  to improve diversity when she served as the university’s first provost for diversity initiatives.
From 2004 to 2007 she used $15 million in allocations to increase the number of female and minority hires in the Faculty of the Arts and Sciences, funding grants to support junior faculty research, and producing programs to provide mentoring for new faculty members. From 2004 to 2009, over 30 new minority faculty members were hired.

“There are some departments that have made enormous strides, and they have really become very diverse,” she says, pointing to the English and philosophy departments. “There are others that are doing very little, so a lot of the gains you see are in pockets.”

“We had to start from scratch because there was nothing. Nothing,” says Howard.