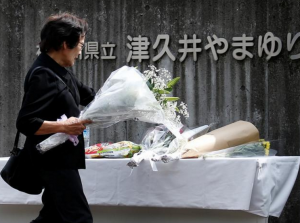 Rachel Adams, CSSD Director, Professor of English and American Studies at Columbia University, and director of the CSSD project on Precision Medicine: Ethics, Politics and Culture, recently published an article in the Independent on the universal ambivalence toward people with disabilities.

Citing the largely unacknowledged July stabbing deaths of 19 people in a home for the disabled outside of Tokyo, Adams writes that “The practice of warehousing people with disabilities sends a message that they are less than human.”

According to Adams, while people with disabilities gain more rights and are increasingly more visible, they continue to face prejudice, social isolation, and violence. Stigmatization leads to institutionalization, but “In truth, disability is an aspect of ordinary experience that touches all people and all families at some point in the cycle of life,” writes Adams.