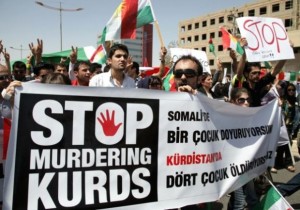 The Center for the Study of Social Difference joined over 25 international higher education organizations in signing a joint public letter addressed to Turkish government officials registering concern over the official treatment of academics.

Over 1,100 scholars in the Turkish higher education and research sector have been subjected to arrests, investigations, interrogations, suspensions and termination of positions, according to the letter, after signing a public statement urging Turkish authorities to renew a peace process with members of the embattled Kurdish Workers’ Party (PKK) in the southeastern area of the country.

The Turkish scholars were investigated by prosecutors and accused of terrorist propaganda after they signed the petition, which demanded an end to fighting between government forces and the PKK. Eighteen scholars were placed under arrest and have since been released but others were suspended or forced to resign from their positions at Turkish higher education institutions.

The joint letter states that recent events “suggest a serious and widespread effort to retaliate against scholars for the nonviolent, public expression of their views on matters of professional and public concern—conduct expressly protected by internationally recognized standards of academic freedom, freedom of expression and freedom of association as articulated in, among others, the Universal Declaration of Human Rights and the International Covenant on Civil and Political Rights, to which Turkey is a signatory.”

The signatories encourage Turkish officials to end any pending legal, administrative or professional actions undertaken against the scholars concerned and to renew publicly their commitment to internationally recognized principles of academic freedom and expression. The letter and its signatories can be viewed here.

“Where they are a part of a widespread pattern, such incidents have a profoundly chilling effect on academic freedom, undermine democratic society generally, and represent a grave threat to higher education and scholarly inquiry,” said Marianne Hirsch, member of the Center for the Study of Social Difference and Professor of English and Comparative Literature at Columbia University. “The world outcry against these Turkish government actions represents an effort to protect the freedom to sign petitions and to demand peace,” she said.

Hirsch will be speaking at a joint press conference with “Academics for Peace and Academic Freedom in Turkey” on Friday, January 29th, 1 p.m. at the Hagop Kevorkian Center for Near Eastern Studies, New York University. Speakers also include T. Kumar, International Advocacy Director for Amnesty International USA.