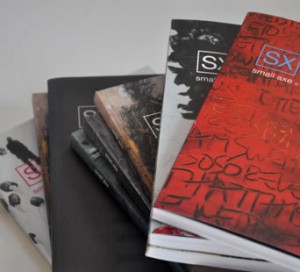 The CSSD working group Digital Black Atlantic Project (DBAP) is starting the academic year with an array of honors and awards.

The National Endowment for the Humanities granted DBAP a $29,000 digital start-up grant for the development of the beta version of its peer-reviewed digital publishing platform sx:archipelagos.

Project co-director Kaiama L. Glover was elected a Schomburg Fellow-in-Residence for the development of In the Same Boats: Toward an Afro-Atlantic Intellectual History, an interactive digital bio-bibliographical map/timeline project that traces and visually represents the circulation of seminal Afro-Atlantic intellectuals and cultural actors – and their ideas – across the 20th century.

Project Co-director David Scott and working group participant Hebe Mattos were awarded a grant from Columbia University’s Global Centers initiative for the further development of their transnational project, Slavery and Repair, an online pedagogical model and scholarly resource for the representation of alternative histories of transatlantic slavery.

Working group participant Kim Hall was awarded a TOW Innovative Pedagogy Award as well as the inaugural faculty partner of the year award for her launch of the Digital Shange Project and development of the digital-based course “The Worlds of Shange.”