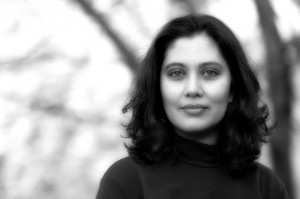 There are a number of contradictions that organize women’s lives in India today. The conditions and consequences of women’s work is a central one among them.

Female labor is not rare, neither is it new: women are overwhelmingly responsible for all manner of ‘care work’; they are employed in low-productivity agriculture and small-scale manufacturing; and they are present in large numbers in call centers. Women also occupy prominent decision-making roles in politics, and in the private sector. That is to say, neither women, nor the work that women do is invisible.

So far as education is concerned, new studies confirm that there exists no “gender gap” between the performance of boys and girls including in fields such as math and science until the onset of puberty. But it does not stop there. Studies also suggest that young women are significantly outperforming their male counterparts in high school and college, so much so that the underperformance of boys and young men—and its impact on gender relations more broadly—is now a topic of concern.

Yet a recent study found that female participation in the Indian economy, i.e., paid work outside the home, is among the lowest in the emerging markets and declining. Only about six percent of women are employed in the formal sector with access to social benefits, such as pensions or maternity. In the informal sector which employs the majority of Indians, whether men or women, women’s wages are half that of men’s. OECD calculations show that growth could be boosted up to 2.4% points with a package of pro-growth and pro-women policies.

Though enormous, the challenges women leaders face must be viewed against this backdrop of the under-valuing of female labor more generally, combined with the discrimination faced by women in all sectors of the economy with respect to equal pay and benefits.

Below I outline a number of challenges specific to female leadership as a set of possible talking points for discussion. As will be obvious, they span the structural hurdles women face, as well as cultures of the workplace and workplace etiquette, issues which falls into the grey area of behavior, stereotype, and expectation:

a) Female leadership as a model of fire fighting, with women brought in to manage situations of crisis. For example: Lynn Laverty Elsenhans took the helm of Sunoco after shares had fallen by 52%; Marissa Mayer was hired to save a struggling Yahoo; and Mary Barra was appointed to the top seat at GM just weeks before its ignition-switch investigation

b) This is connected to this is the assumption that female leadership is “nurturing,” and helps to humanize companies and corporations. (Of course the other side of this logic is that women lack the competitive spirit to run companies with a firm hand, with an eye towards profits.)

c) Since women in positions of leadership are still rare, they often become tokens, isolated from other women due to the demands made on them for appropriate behavior.

d) Women find themselves excluded from spaces where networking occurs whether sports, late night dinners, or other kinds of “old boy networks” that are inimical to the presence of women. Juggling home and family, or the fact that women may not be interested in sports and other forms of socializing means that they may be missing from key social contexts that extend beyond the workplace, but function as an extension of the boardroom.

e) Women leaders are often subject to gender stereotyping. They are viewed (by both men and women) as aggressive, or they are subject to extra scrutiny because they are seen to be emotional, irrational, or less competent than men.

f) Women often lack strong role models and lack mentors who can illuminate work culture and expectations that are usually implicit, rather than explicit

g) Company culture does not support work/life flexibility that can be essential to women, and rarely are women provided the social benefits they require to balance expectations at home and at work. If women do make the decision to take a break in their career, or to consider flexible work options, their loyalty and commitment is questioned.

What do we need?

1) A model of nurturing female leadership from within, with gender-positive models that encourage women to support each other’s careers, and to challenge the tokenism that pervades the rhetoric of gender inclusion.

2) Developing women’s sense of worth and confidence in their judgment is a necessary corollary to their ability to model positive behavior for younger women.

3) Stronger workplace regulation, prevention from harassment, and the institution of structures of accountability and transparency would go a long way in enabling a level playing field in the workplace for women and minorities.

4) Women in the public, formal sector should recognize the unequal labor conditions, and the situations of risk and precarity under which most women (and many men) work. The recognition of connections between broad inequities, on the one hand, and gender discrimination within the workplace on the other, is essential for creating a strong sense of corporate responsibility on the part of women leaders who are in a position to draw on their own experience to push for social benefits for others.

Anupama Rao is Associate Professor of History at Barnard College; a member of the Executive Committee for Women Creating Change and Senior Editor for the journal Comparative Studies in South Asia, Africa, and the Middle East.