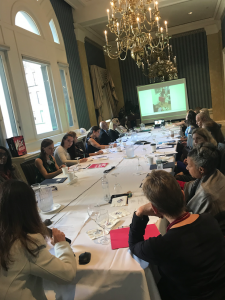 In advance of the Center for the Study of Social Difference’s (CSSD) Women Creating Change(WCC) five year anniversary roundtable on Thursday September 27th, the Women Creating Change Leadership Council (WCCLC) convened to review progress and discuss next steps. The WCCLC provides a critical link between the University’s faculty-led projects and  global business, academic, and civil society. It is comprised of individuals who are preeminent in the fields of business, law, government, nonprofit, social activism, and academia.

Professor Hirsch highlighted the significance of CSSD as a unique space of intellectual collaboration among the many schools within Columbia University that traditionally do not often work together.

The group reviewed the efforts of WCC working groups On the Frontlines: Nursing Leadership in Pandemics and Unpayable Debt: Capital, Violence and the New Global Economy. Members from On the Frontlines discussed their work with nurses as it relates to the Global Health Security Agenda and how female leaders are upscaling detection, prevention and response to health catastrophes. Professor Negrón-Muntaner, co-director of Unpayable Debt focused on, on-the ground activism, how women are affected by debt and how they are making changes in their communities.

Also addressed at the meeting were stories of impact. For example the Unpayable Debt working group has facilitated the creation of the Caribbean Syllabus, which provides a list of resources for teaching and learning about the current economic crisis in the Caribbean. This syllabus has seen thousands of downloads from across the world and has recently had its second edition #NoMoreDebt: Caribbean Syllabus released. Feminist educator and member of the working group Women Mobilizing Memory, Nicole Gervasio shared stories and insights from her participation that have influenced her methods of teaching and community building in the classroom.

Attendees concluded the meeting with a consensus on the importance and power of women’s narratives. 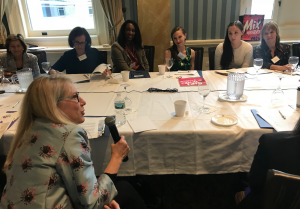 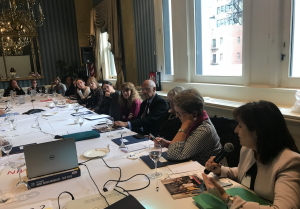 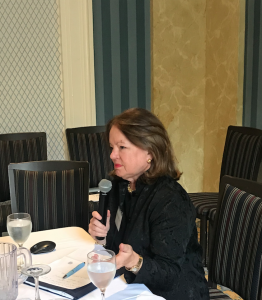