Josef Sorett Interviewed about “Spirit in the Dark: A Religious History of Racial Aesthetics” 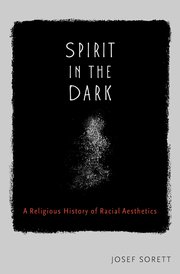 Sorett’s recently published book Spirit in the Dark: A Religious History of Racial Aesthetics  offers an account of the ways in which religion, especially Afro-Protestantism, remained pivotal to the ideas and aspirations of African American literature across much of the twentieth century.

The interview claims that Sorett’s book “reveals religion to be an essential ingredient, albeit one that was always questioned and contested, in the forging of an African American literary tradition.”