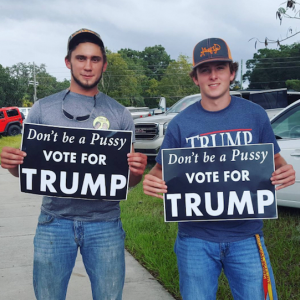 Laura Ciolkowski, Associate Director of the Center for the Study of Social Difference and Adjunct Associate Professor of English and Comparative Literature at Columbia University, published her Rape Culture Syllabus in the October 15th issue of Public Books.

Rape culture, the trivializing of sexual violence and the tendency to blame victims while exonerating or excusing assailants, also refers to the racial disparities in arrests and sentencing of accused rapists, according to the piece.  Published in the wake of the public furor that arose in connection to the sexually predatory and misogynist comments of then-presidential hopeful Donald Trump, the Rape Culture Syllabus has been circulating widely on social media and republished on a range of sites, including Melissa Harris-Perry’s Anna Julia Cooper Center and Feminist Wire.

“The syllabus was indeed one of our most viewed and shared articles of the past few months. It circulated widely on Facebook and Twitter, and generated lots of appreciative comments,” said Liz Maynes-Aminzade, Digital Director at Public Books.

The thirteen-week syllabus covers subjects as far-reaching as the history of gender-based violence in the United States and the politics of rape, to toxic masculinity and racial and state violence.  “What would the conversation around sexual assault, police bias, and the legal system look like if investigators, police officers, and judges read deeply into the literature on sexuality, racial justice, violence, and power?” wrote Ciolkowski.