Lila Abu-Lughod Publishes Forum on “The Politics of Feminist Politics” 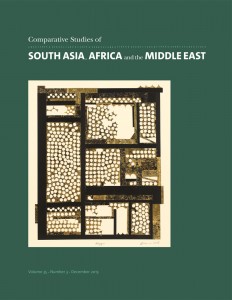 The special section brings together the work of feminist scholars of the Middle East and South Asia to highlight the silences and exclusions that mark the transregional imaginative geographies of both “feminism” and “Islam.” The essays use careful analysis of the languages of justice, forms of social and political life, and embodied realities of particular places and times to call into question some of the generalized claims of liberal feminist discourse.

These works track the everyday languages and institutions of governance, policing, and morality by investigating diverse fields such as legal cases, histories of education, dynamics of marriage, arts of linguistic transformation, politics of religious argument, legitimations of state power, and political economies of labor and housing.