“The Invisible Labor of Women’s Studies”: Paige West and Lila Abu-Lughod Featured in the Atlantic Magazine 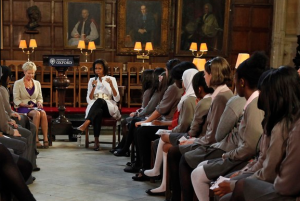 Paige West, Professor of Anthropology at Barnard and Columbia and director of CSSD’s project on Pacific Climate Circuits and Lila Abu-Lughod, Professor of Anthropology and Women’s and Gender Studies at Columbia and director of CSSD’s project on Gender, Religion, and Law in Muslim Societies, were featured in the recent Atlantic article “The Invisible Labor of Women’s Studies.”The article, on the problem of poorly resourced Women’s Studies departments, investigates how many elite universities continue to assign women’s studies and gender studies departments second-class status. Many times these interdisciplinary departments receive much less funding then traditional departments and have no salaried positions. Often the programs are not covered by contracts or grants so run the risk of termination. Read the article here.