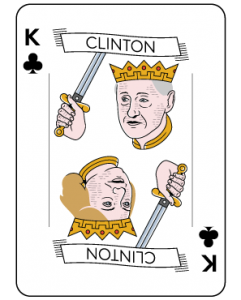 Similarly, the 1996 welfare reform act reduced welfare rolls by drawing on stereotypes of black women and families being bound to a culture of poverty, charges Nadasen.

“In an era of market worship, those who couldn’t demonstrate self-reliance or independence were identified not only as unworthy of assistance, but as a potential threat to the core institutions of American society,” concludes Nadasen.