PUBLICATION: Yarimar Bonilla on “#Ferguson: Digital protest, hashtag ethnography, and the racial politics of social media in the United States” 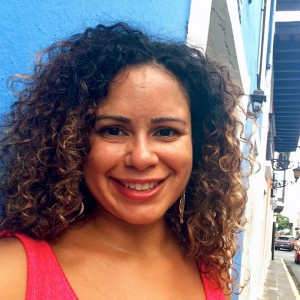 Yarimar Bonilla of the Digital Black Atlantic Working Group and Jonathan Rosa have published “#Ferguson: Digital protest, hashtag ethnography, and the racial politics of social media in the United States” in the January 2015 issue of the American Ethnologist.

As thousands of demonstrators took to the streets of Ferguson, Missouri, to protest the fatal police shooting of unarmed African American teenager Michael Brown in the summer of 2014, news and commentary on the shooting, the protests, and the militarized response that followed circulated widely through social media networks. Through a theorization of hashtag usage, Bonilla and Rosa discuss how and why social media platforms have become powerful sites for documenting and challenging episodes of police brutality and the misrepresentation of racialized bodies in mainstream media. The piece demonstrates how engaging in “hashtag activism” can forge a shared political temporality, and, additionally, examines how social media platforms can provide strategic outlets for contesting and reimagining the materiality of racialized bodies. Their analysis combines approaches from linguistic anthropology and social movements research to investigate the semiotics of digital protest and to interrogate both the possibilities and the pitfalls of engaging in “hashtag ethnography.”