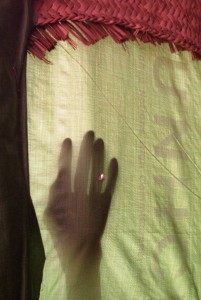 On Thursday, February 9, CSSD presents a panel discussion on “Refugees and Gender Violence: Vulnerability and Resistance” from 4:10 to 6 p.m. in 523 Butler Library. This is the third panel discussion in a two-year series called Reframing Gendered Violence.Reframing Gendered Violence is part of the Women Creating Change initiative supported by the Dean of the Humanities and the Columbia Global Centers. The project is also linked to the project on Religion and the Global Reframing of Gender Violence, which is supported by the Henry Luce Foundation.

Wendy Vogt, Professor of Anthropology, Indiana University-Purdue University Indianapolis, will present on  “Rape Trees, State Security and the Politics of Sexual Violence along Migrant Routes in Mexico” and Chloe Howe Haralambous, Graduate Student, English & Comparative Literature, Columbia University will discuss her work with Syrian refugees on Lesbos and on “Suppliants and Deviants: Gendering the Refugee/Migrant Debate on the EU Border.” Isin Onol, Curator in Vienna and Istanbul, talks about an exhibition she curated with refugee artists called “When Home Won’t Let You Stay: A Collective Deliberation on Taking Refuge” and Diana Taylor, Director, Hemispheric Institute of Performance and Politics, NYU, will speak on her work with migrants in Mexico and Central America in, “Migrants and a New Mothers’ Movement.”

Reframing Gendered Violence is an international collaboration between scholars, artists and activists that aims to recast the way violence against women (VAW) and gender-based violence (GBV) are currently discussed in a wide range of fields, both academic and policy-oriented, including human rights, public health, journalism, law, feminist studies, literature, sociology, religious studies, anthropology, and history.

The fourth and final event in the series, “Refugees and Gender Violence: Media and the Arts,” takes place Thursday, March 30th from 4:10 to 6 p.m. in 523 Butler Library.

See the Facebook event page for this event here.