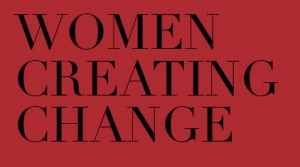 Vulnerability. Reaction. Privilege. Heritage. Utopia. What associations do these “keywords” evoke? What concepts do they represent? How are these ideas used by scholars, or put into practice by activists? What kinds of work can we do with a keyword, what conversations can keywords unlock?  These were some of the questions asked at a recent roundtable discussion by Women Mobilizing Memory, a CSSD working group exploring issues of memory, witnessing, testimony, and trauma from a cross-cultural feminist perspective. For this project, students in graduate programs at Sabancı University (Istanbul), Columbia University, and New York University teamed up in pairs, selected their keywords, and finally presented the fruits of their collaboration in the form of a roundtable at the Columbia campus in New York.

Reflecting on the circumstances in which their discussion took place, Alyssa Greene (Columbia) and Armanc Yıldız (Sabancı University) considered the keyword privilege, acknowledging the immense institutional privilege that enabled the roundtable, and by extension their own critical examination of the word “privilege” itself. Their presentation urged a consideration of how privilege can easily be forgotten by those who benefit from it. The duo did not necessarily condemn privilege, but noted that it was an “unevenly distributed” resource, creating all kinds of differences between those it touches and those it does not. These differences can silence certain conversations, but they can also produce other kinds—like Greene and Yıldız’s reflections on how privilege made their conversation possible.

In a similar vein, the keyword reaction sparked thoughts on the role of the environment where groups like Women Mobilizing Memory do their work. Dilara Çalışkan (Sabancı) and Andrea Crow (Columbia) suggested that a “critical attention to historic and economic forces” is necessary. For example, how does the physical location of this roundtable at Columbia University, or the fact of it being conducted in English, shape the kind of work being done? “Reaction” can be an emotional response that tells us something about how we relate to the ideas, people, and circumstances that surround us. In a feminist perspective, reactions can be a revealing part of academic work.

The issue of translation, both literal and figurative, came up in the work of Nicole Gervasio (Columbia) and Bürge Abiral (Sabancı) on vulnerability. There is no precise translation of “vulnerability” in Turkish. The Turkish equivalent would mean something like “weakness” or “exposure to the possibility of being harmed.” Their co-written paper pointed out that vulnerability has become “not just a keyword, but a keystone” in the #blacklivesmatter movement: the practice of “die-ins” works as a deliberate public display of vulnerability. Vulnerability can be leveraged as a form of strength and protest, yet vulnerability can also be misappropriated by perpetrators of violence to justify their actions.

A common feature of the five keywords is that they have widely varying meanings that depend on context. Such was the case with utopia, analyzed by R. Ertug Altinay (NYU) and Pınar Ensari (Sabancı). The pair cautioned against an association of utopia with liberal ideals and progressive politics. Utopia has a dark side, too: utopia produces difference and exclusion—what is a utopian vision for the group envisioning it can easily become dystopian for other groups. With heritage as well, chosen by Henry Castillo (NYU) and Leticia Robles-Moreno (NYU), perspective matters immensely. The pair emphasized a distinction between official and unofficial forms of heritage. One is sanctioned by state and government while the other is constructed within the local environment of a specific community. Castillo provocatively asserted that heritage, in this latter sense, is the memory of individuals and communities—not an object or material possession. Yet it is embodied, too: Robles-Moreno continued the discussion by suggesting that the female body can transmit heritage biologically and symbolically through generation.