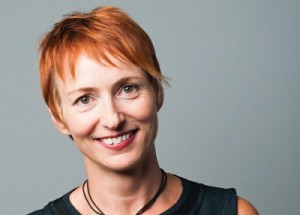 The International Association of Athletics Federations (IAAF) was recently forced to suspend a sporting policy that CSSD project director Rebecca Jordan-Young and her working group, Science and Social Difference, had been contesting for the past three years.

The International Court of Arbitration for Sport ruled that the onus is on the IAAF to show that naturally high testosterone levels give enough of a performance advantage to warrant the policy; the court did not find the evidence produced by IAAF at the hearing this past spring to be convincing. The IAAF has been given two years to come up with the data to support the policy, or it will be permanently voided.

“Although athletics events are divided into discrete male and female categories, sex in humans is not simply binary,” the court announced in an article in the New York Times.

This ruling does not technically affect the Olympics or other sporting federations (just track and field, governed by IAAF), but it is likely that sports organizations will suspend the policy to avoid additional challenges while they try to gather more data, according to Beck-Young.

The court ruling relied heavily on evidence that Science and Social Difference amassed from sources at Columbia and Barnard and published in Discover, New York Times, BMJ (formerly British Medical Journal), and the American Journal of Bioethics.

Katrina Karkazis, a member of the working group and a bioethicist at Stanford University, told BuzzFeed “It’s a policy that affected all women so [its] suspension is an historic victory for women’s equality in sport.”