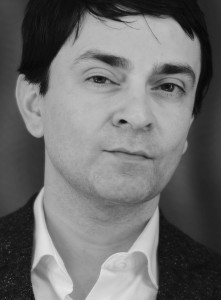 In October, the CSSD working group Precision Medicine: Ethics, Politics and Culture hosted Aditya Bharadwaj, Professor of Anthropology and Sociology of Development at the Graduate Institute, Geneva, who presented his work on “Cultivated Cures: Ethnographic Encounters with Contentious Stem Cell Regenerations in India.”

Bharadwaj’s research generated a provocative discussion on the diaspora of stem-cell research and its ecological detriments in India, leading the discussants to explore caveats of cure, disease and illness from the perspective of communities that reside in the fringes of Indian society.

Bharadwaj questioned his own position as a scholar-researcher who investigates and gives voice to the rural and largely invisible people of India. He also questioned the dogmas of Western models of scientific research and the ethical dilemmas that govern their approaches to the study of human suffering as experienced by marginalized groups.

Bharadwaj opened his talk by posing alternative conceptualizations of illness and health. Health, generally considered to be a normative or neutral state, was redefined as a dormant state without evident disease or illness. Health and disease co-exist within the body and a paradigm shift is required to understand the state of good health as not a mere absence of disease, but rather a dormancy of disease, according to Bharadwaj. In a nutshell, “health exists in the moments when disease sleeps and is cast aside when disease awakens.”

Bharadwaj emphasized that the prevalence of problems like underdevelopment, malnutrition, and disease in many developing countries, including India, are a direct result of pressures created by a corporatist intelligentsia and market-driven socio-ecological changes that degrade living environments. The global hegemony of Queen Victoria’s Britain was central to this process, neglecting the social justice concerns and ecological sanity of indigenous people, he claimed.

The group discussed the need to redefine and decontextualize “justice” while researching the indigenous diaspora. The guidelines of scientific and behavioral research into fringe cultures, including clinical trials, are defined by teaching professionals from elite institutions in developed countries, leading to incorrectly assumed prophylaxes and etiologies of illness, the group agreed.

The group discussed the possibility of creating a middle ground within an eco-politics strategy that might be more inclusive of indigenous cultures and benefit affected communities more directly. Due to India’s lack of evidence-based baseline and needs-assessment indicators, investment projections for stem cell research remain ambiguous.

The group also discussed how health care and social markets function differently from business markets. Bharadwaj explained that efforts to develop and incorporate indigenous methods of “cultivated cures” and treatment should be prioritized and valued, in order to balance the impact of more modern models of care that are standardized in the developed world.

In response, many in the group questioned the science behind this model. Coming from the tradition of Western science, some defended the need for peer-reviewed articles and government oversight. Without this structure, some cautioned, clinics in developing communities may be able to dabble in pseudoscience and peddle “cures” to desperate patients without power or choice.