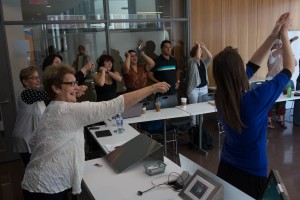 Bringing together artists, writers, theater practitioners, museologists, social activists, and scholars of memory and memorialization, “Women Mobilizing Memory” focuses on the political stakes and consequences of witnessing and testimony as responses to socially imposed vulnerabilities and historical trauma. The working group will probe how individual and collective testimony and performance can establish new forms of cultural memory and facilitate social repair. Using gender as an analytic lens, this project explicitly explores women’s acts of witness and the gendered forms and consequences of political repression and persecution. It asks what strategies of memorialization and re-imagining are most effective in calling attention to past and present wrongs and in creating possibilities of redress through protest and other forms of action and resistance.

We spent each of the sessions on a particular topic arising from the participants’ interests. Beforehand we circulated by internet brief background readings for each session and for the group. Each session we had a warm up exercise in order to create a collectivity that could think and be in presence together Then, each participant presented a 6 minute presentation that ended with questions for a 3 minute discussion. Each session concluded with an extended 45 minute discussion.

Some notes about our discussions:

As said in the call, the group discussed about the role women in the circulation, recovery, reshaping and mobilization of memory.

Some of the most important issues that emerged during our work was COLLABORATION. Collaboration was seen in different levels: between women that had suffered violence, but also between women artists and/or activists and/or researchers with women that had survived to violent pasts. Women’s memory practices may enable transnational memory networks, both at a local and global dimension.

We also considered posthumous collaboration, as a way to connect the living and the death. Some of the case studies discussed evidenced how the dead spoke to us through their traces. In a sense, when studying memory of violent pasts, all collaborations are somehow posthumous, they are about what remains and what may survive.

MEMORY was defined as a practice that sometimes allowed the cultural renewal of traditions and sometimes functioned as resistance to narratives of disposability or vulnerability. Memory practices appeared as crucial strategy of resistance for women who have endured continued forms of physical erasure (from genocides to current femicides),

Art and cultural performances recuperate and reshape memories. Memory is not just about bringing stories, is about creating a collective history. In that sense, memory is always intervening in the present creating new forms of identity and collaboration. The mobilization of memory allow different possibilities for an engagement that triggers multiple plural ways of seeing the past, challenging dominant or status quo versions of the past. The artistic work with memory activate and animate archives and by allowing them to travel and migrate, they create networks of connectivity that challenge the monumentalization of memory.

One of the crucial concepts raised was that of POSITIONALITY: were are we respect to past violence or slow ongoing violence of neoliberalism? What kind of memory work advances political engagement and responsibility?

Efficacy may be considered from different perspectives, as a political efficacy that mobilizes social change, but also as a communicative efficacy that by contagion, empathetic connection and affect circulation create collective identities and networks and may subtly transform materials and perceptions. The group discussed to what extent the circulation of affect alone may cause social change.

Another issue discussed in the group was the distinction between empathy, identification and solidarity (between people and networks). We could realize how in acts of scholarship and artistic creation there are various uses of empathy, distance, identification, alienation, solidarity and witnessing. Each of them portrait different sorts of efficacy

When discussing about efficacy we questioned ethical issues regarding for instance the risk of appropriation of artists of painful memories and again the question of positionality: were are we, what is our political and ethical engagement regarding past or present violence?

The different case studies displayed a range of memory practices in different SCALES. From micropractices and intimate memory actions to larger actions, sometimes even monumental actions. All of these cases advanced different sorts of efficacy.

The type of efficacy of these practices relate to the media considered as different ways to address memory: the human body, images, sounds, voices, writing. Analyzing these various media we could better understand how memory is transmitted across bodies and generations.

The body appeared in several presentations as a living dynamic archive, both in the generation that suffered violence and in the later generations. Bodies serve to mobilize the horror that cannot be said and also allows us to learn about other’s experiences when we were not there. The body always transmit, so the relation between memory and body is complex and dynamic: memory of the body / memory in the body / the body as memory. One of the critical aspects specially when working with testimonies was the continuity of presence that prefigured the importance of being there, present and presenciando collaboratively.

We also discussed the potentiality of images as mobilizing devices. Images are powerful transmitters/creators of memory and this is something that mass media seem to understand well since they banalize images as a political strategies. Other than the images the sound and voice are also power media to mobilize memories. The voice for instance immediately mark the presence of who’s speaking. Literature, theatre, photography, internet all portray different ways to approach to memories.

By the end of the work group we highlighted the importance of hope. The mobilization of memory always seem to have a hope component, the desire to share, to render visible and to share experiences to enable us to respond to past and present slow violence. 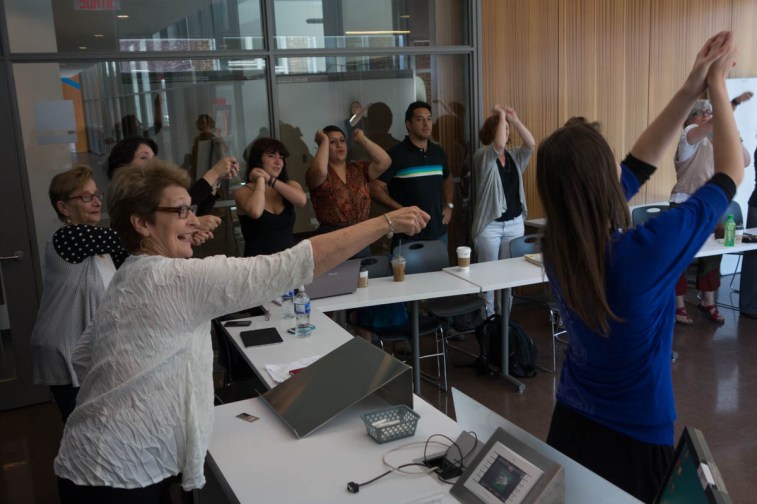 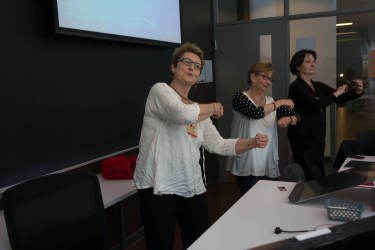 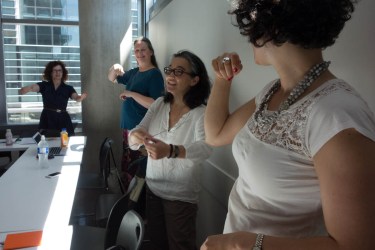 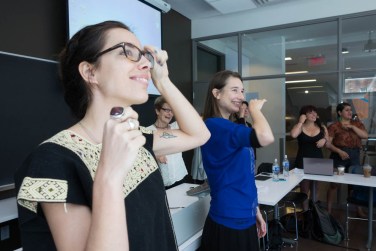 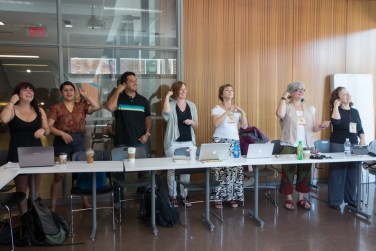 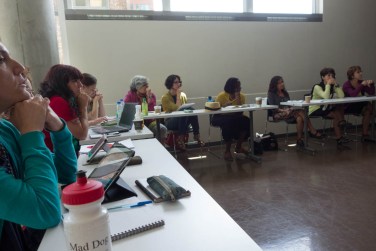